”1981. Glasgow. The city is dying. Poverty is on the rise. People watch the lives they had hoped for disappear from view. Agnes Bain had always expected more. She dreamed of greater things: a house with its own front door, a life bought and paid for outright (like her perfect – but false – teeth). When her philandering husband leaves, she and her three children find themselves trapped in a mining town decimated by Thatcherism. As Agnes increasingly turns to alcohol for comfort, her children try their best to save her. Yet one by one they have to abandon her in order to save themselves.

It is her son Shuggie who holds out hope the longest. But Shuggie has problems of his own: despite all his efforts to pass as a ‘normal boy’, everyone has decided that Shuggie is ‘no right’. Agnes wants to support and protect her son, but her addiction has the power to eclipse everyone close to her, including her beloved Shuggie.

Laying bare the ruthlessness of poverty, the limits of love, and the hollowness of pride, Shuggie Bain is a blistering and heartbreaking debut, and an exploration of the unsinkable love that only children can have for their damaged parents.” 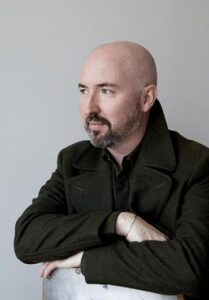 Douglas Stuart was born and raised in Glasgow. After graduating from the Royal College of Art in London, he moved to New York City, where he began a career in fashion design. His work has appeared in the New Yorker and on LitHub. Shuggie Bain is his first novel. 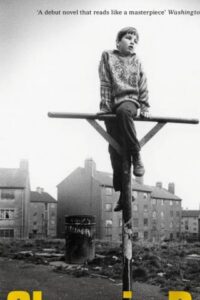 The leading literary award in the English speaking world, which has brought recognition, reward and readership to outstanding fiction for over 50 years. Awarded annually to the best novel of the year written in English and published in the UK or Ireland.