”A riveting, sweeping novel of medieval society and historic Englishness, Pilgrims illuminates the fallibility of humans, the absurdities and consolations of belief, and the very real violence at the heart of religious fervour.”

”Matthew Kneale was born in London in 1960, the son and grandson of writers. He studied Modern History at Magdalen College, Oxford. Fascinated with diverse cultures, he travelled to more than eighty countries and tried his hand at learning a number of foreign languages, including Japanese, Ethiopian Amharic, Romanian and Albanian. He has written five novels, including English Passengers, which was shortlisted for the Booker Prize and won the Whitbread Book of the Year Award. His latest was a non-fiction history book, An Atheist’s History of Belief. For the last fifteen years he has lived in Rome with his wife and two children.” 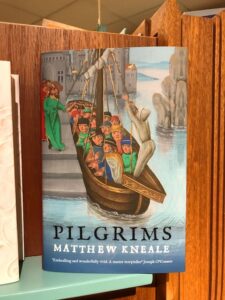 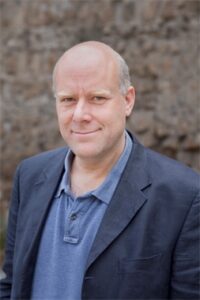 Peter Turchin: War and Peace and War. The Rise and Fall of Empires. A Radical New Theory of World History with Implications for Nations Today