Craig Unger’s new book, American Kompromat, tells of the spies and salacious events underpinning men’s reputations and riches. It tells how a relatively insignificant targeting operation by the KGB’s New York rezidentura (New York Station) more than forty years ago—an attempt to recruit an influential businessman as a new asset—triggered a sequence of intelligence protocols that morphed into the greatest intelligence bonanza in history. And it tells of a coterie of associates, reaching all the way into the office of the Attorney General, who stood to advance power, and themselves.

Based on extensive, exclusive interviews with dozens of high-level sources—Soviets who resigned from the KGB and moved to the United States, former officers in the CIA, FBI counterintelligence agents, lawyers at white-shoe Washington firms–and analysis of thousands of pages of FBI investigations, police investigations, and news articles in English, Russian, and Ukrainian, American Kompromat shows that something much more sinister and important has been taking place than the public could ever imagine: namely, that from Donald Trump to Jeffrey Epstein, kompromat operations documented the darkest secrets of the most powerful people in the world and transformed them into potent weapons.

Was Donald Trump a Russian asset? Just how compromised was he? And how could such an audacious feat have been accomplished? American Kompromat is situated in the ongoing context of the Trump-Russia scandal and the new era of hybrid warfare, kleptocrats, and authoritarian right-wing populism it helped accelerate. To answer these questions and more, Craig Unger reports, is to understand kompromat—operations that amassed compromising information on the richest and most powerful men on earth, and that leveraged power by appealing to what is for some the most prized possession of all: their vanity.

Craig Unger is the author of seven books, including the New York Times bestsellers American Kompromat, House of Bush, House of Saud, and House of Trump, House of Putin. For fifteen years he was a contributing editor for Vanity Fair, where he covered national security, the Middle East, and other political issues. A frequent analyst on MSNBC and other broadcast outlets, he was a longtime staffer at New York Magazine, has served as editor-in-chief of Boston magazine, and has contributed to Esquire, The New Yorker, and many other publications. He also appears frequently as analyst on MSNBC, CNN, and other broadcast outlets. Unger has written about the Trump-Russia scandal for The New Republic, Vanity Fair, and The Washington Post. He is a graduate of Harvard University and lives in Brooklyn, New York. 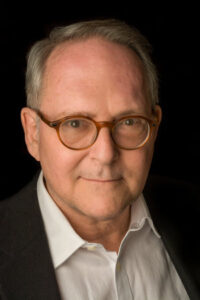 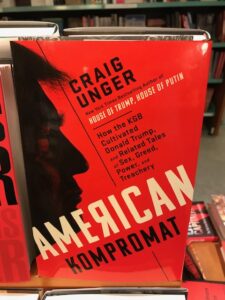