Today we think of Abraham Lincoln as America’s greatest President. He’s celebrated for his leadership and his numerous moving speeches, and for helping the nation through the dark time of the Civil War and out of slavery. Not as widely known was Lincoln’s talent for humor and storytelling, and this collection shares many of his jokes and parables.

Lincoln used homespun whimsy effectively as a traveling lawyer and later as a tool that helped him negotiate policy, gain influence, and teach subtle moral lessons. The joke was often on him: once when being accused of being two-faced, he responded: ”If I had two faces, why would I be wearing this one?” Even longtime rival Stephen Douglas recognized the power of Lincoln’s message and presentation, conceding that ”When he begins to tell a story, I’m overmatched.” To truly understand Lincoln, we must appreciate his witty style of communicating. 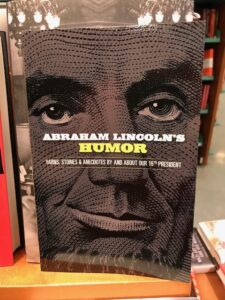