Like a modern Viking 32-year-old Nansen set sail from Norway in 1893 to reach the North Pole. Experts warned him that his voyage was tantamount to suicide. Compact and nimble, his ship the Fram had been specially built to withstand the relentless, devastating pressure of the polar ice cap. At the right moment, he intended to strike out into the polar desert and finish the final leg by sledge.Nansen’s vivid memoir became an international phenomenon when, having been given up for dead, he emerged three years later. His epic struggle against snowdrifts, ice floes, polar bears, scurvy, gnawing hunger and the loneliness of the polar night would inspire young explorers such as Scott and Amundsen a generation later to make new conquests.

This first unabridged edition since 1897 includes photographs not previously published. 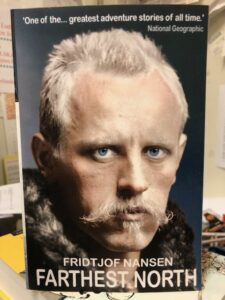